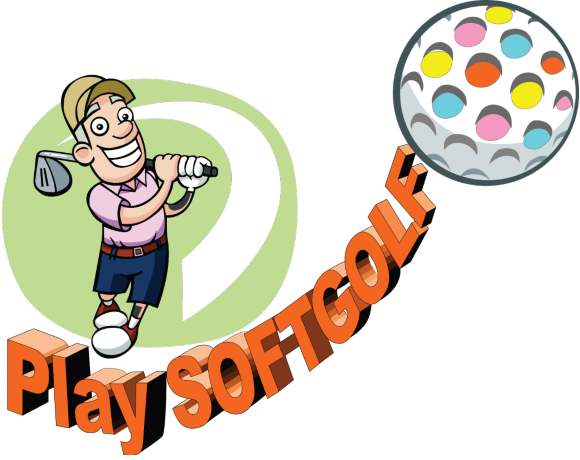 For now, let's recap the 2019 Softgolf World Championship. Fun was had by all despite it being a hot mid-September day. We appreciate the competitors who qualified and traveled to play. And mostly we're thankful for Blanche Baldorossi (one of the original founders of Softgolf). She traveled all the way to North Carolina from New Jersey to cheer for our competitors, hit the first tee shot of the tournament, and hand out trophies. Blanche and Ray Baldorossi, Sr. were the initial Softgolf patent holders and ran the first Softgolf course in Delran, NJ. At a spry 91, Blanche's cheerful spirit made the day, especially when she was surprised to find the women's and girl's trophies named after her. The men's and boy's trophies were named after her husband, Raymond Baldorossi, Sr. 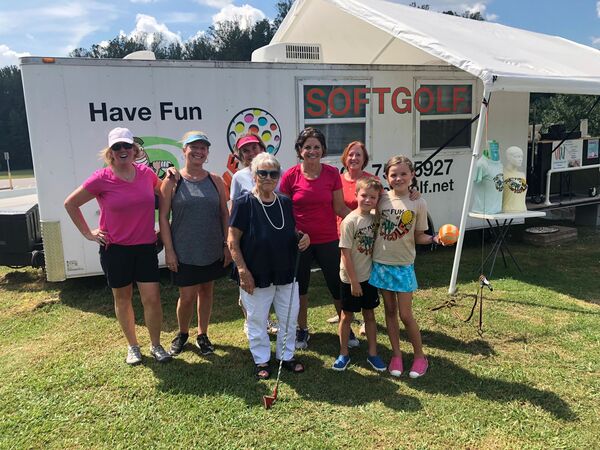 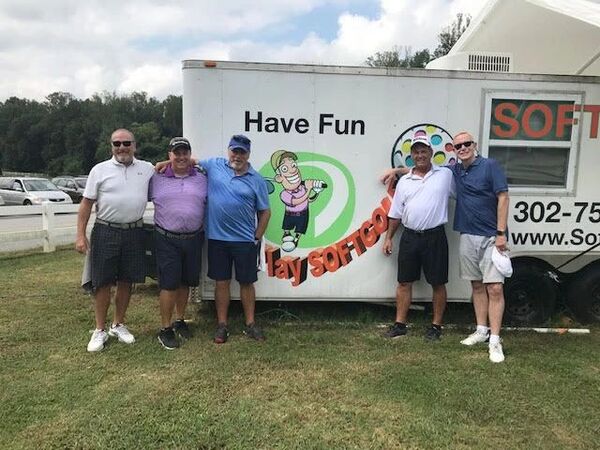 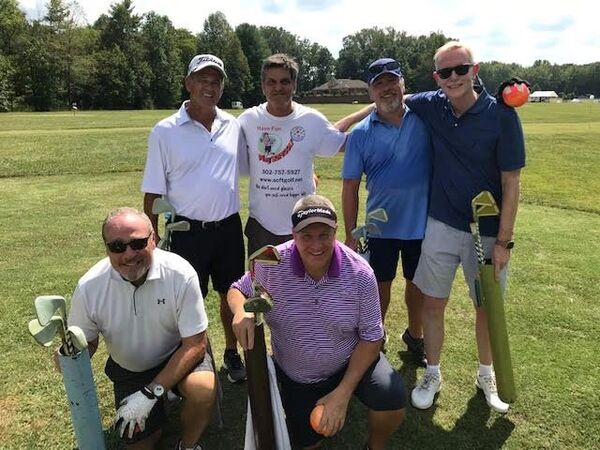 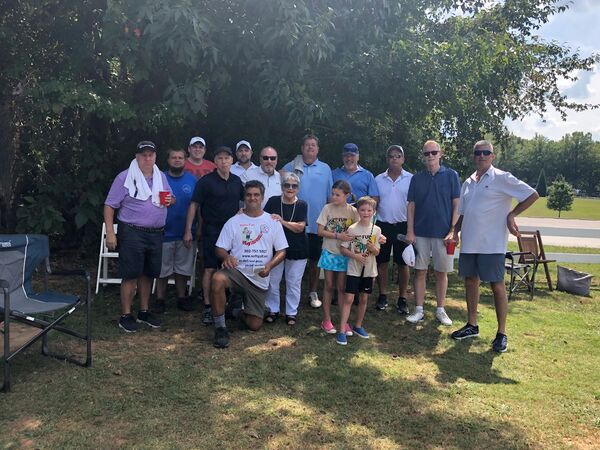 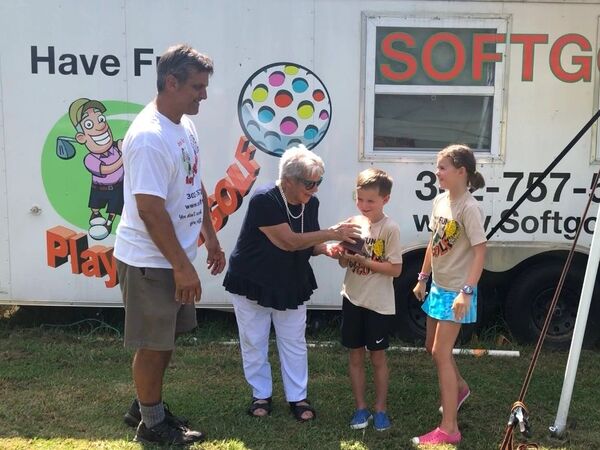 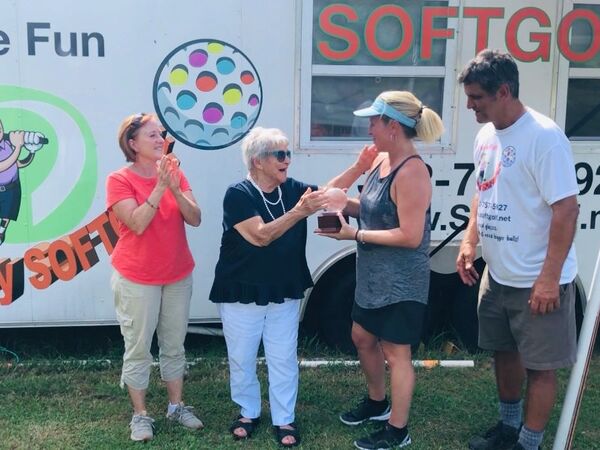 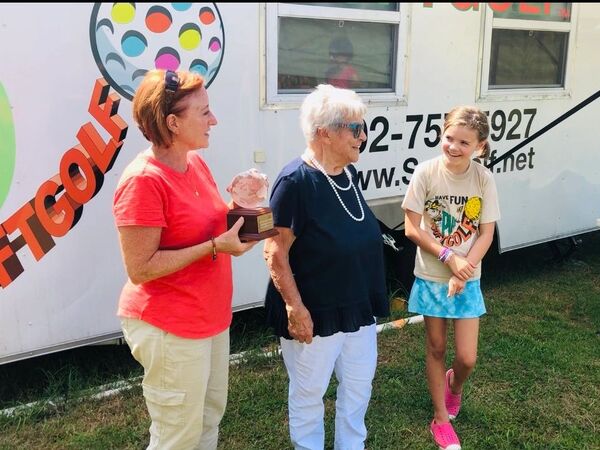 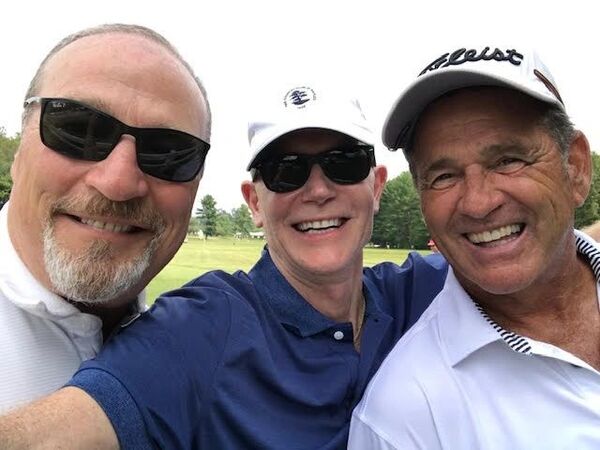 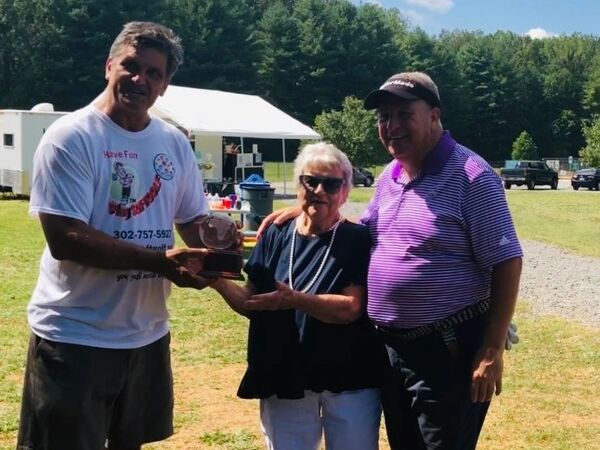 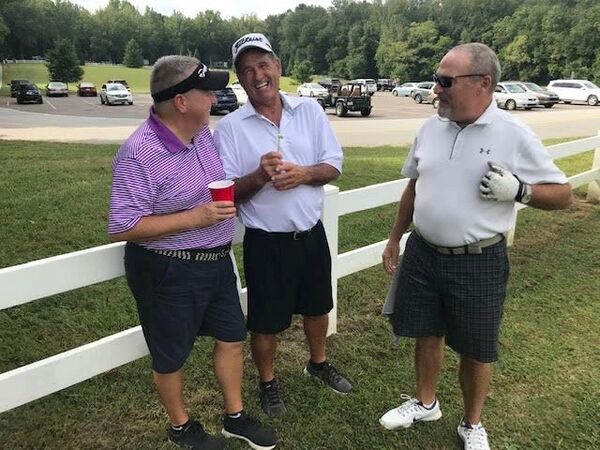